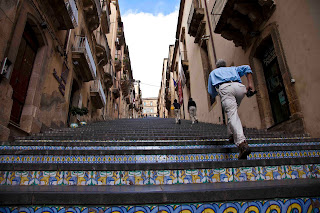 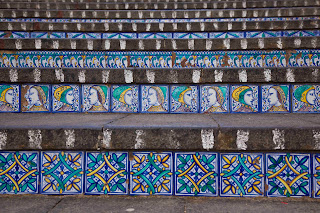 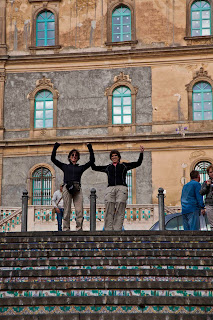 The Rocky dance without the music 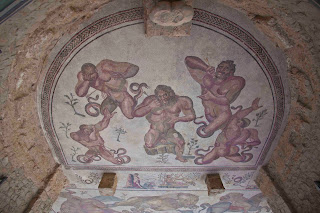 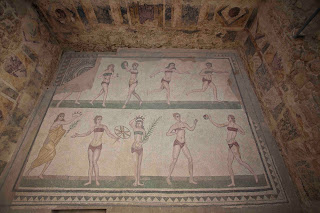 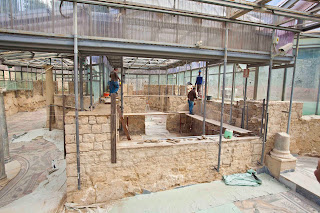 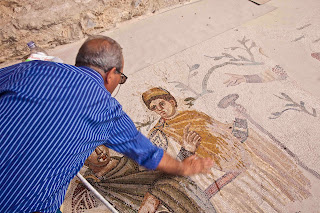 Our guide, Prof. Annofrio, cleaning off the mosaics for a better look 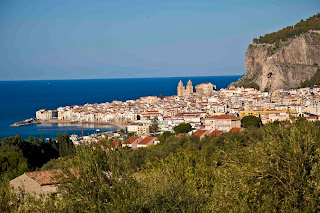 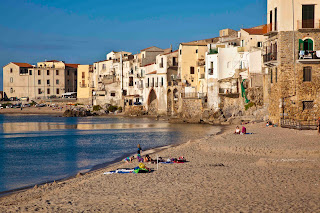 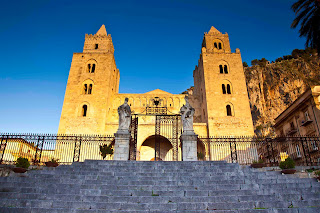 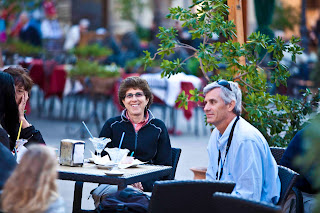 Gelato in the Piazza Duomo 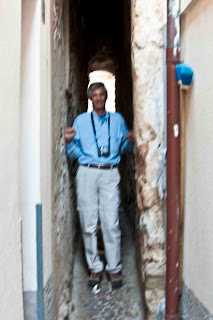 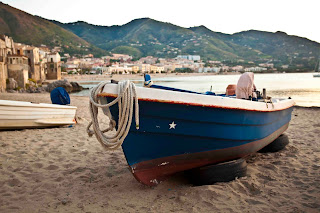 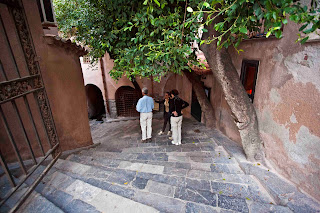 Steps to the medieval laundry 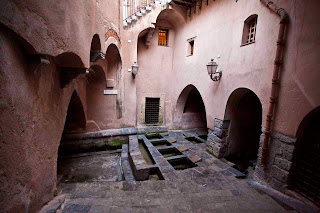 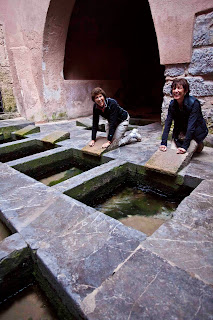 Medieval laundry in use

We left Siracusa this morning heading northwest through the interior of Sicily bound for Cefalu on the north coast. Our first stop was the town of Caltagirone, known for ceramic production. Prehistoric pottery has been found here in the hills surrounding the town, and potters, here, have produced ceramics since the middle ages. The main attraction here is the Santa Maria del Monte staircase, a set of 142 steps each with a different majolica tile adorning the risers. It was perfect for doing the Rocky dance at the top. The steps were built in 1608 to link the seats of religious and political power, the cathedral at the top and the Palazzo Senatorio at the bottom.

From here, we continued on to Piazza Armerina, the site of an amazing archeological find of beautiful mosaics dating back to the early Roman period in the Villa Romana del Casale. This villa was part of a 3rd and 4th Century Roman estate. The site was initially discovered by farmers digging a well in the late 1800’s, but excavation was interrupted by two world wars, and it wasn’t until the 1950’s that work began in earnest. The mosaics that adorned the floors and walls were perfectly preserved by a layer of mud that was caused by a flood in the 12th century. These mosaics present a good pictorial history of life in the 3rd century. There are scenes that depict hunting expeditions as well as safaris to Africa and India to bring back animals for the coliseums (tigers, lions, rhinoceri, etc.). One of the most interesting rooms was the Hall of the Female Gymnasts, a depiction of women athletes clad in what appear to be modern bikinis! After touring the villa, we said goodbye to Jeanne and Michael Shafer and continued on to the medieval seaside town of Cefalu.

Cefalu is located half way between Palermo and Capo d’Orlando on the north coast of Sicily. It began as a Greek then Byzantine military outpost high on a promontory (La Rocca) that overlooks the town. The first evidence of a settlement here is from 396 B.C.E. We finally got to meet Angela, our travel agent, here in her hometown. The center of Cefalu, the Piazza Duomo, contains the cathedral, built in 1131 by Roger II. The cathedral had been added to and remodeled over the years and shows Islamic influence with painted beams and mosaics. The dominating mosaic is Christ Pantocrator, similar to that found in Monreale and Capella Palatina in Palermo. Cefalu has maintained its medieval center along the via Vittorio Emanuelle lined with medieval houses that face the bay. We strolled through the old city making our way through narrow alleys no more than 3 feet wide to the fishermen’s quarter and the Porta Marina, one of four gates that afforded access to the town. We began walking back to our car and driver, but first stopped at the Lavatorio, a stone fountain beneath one of the wealthy homes. Until only a few years ago this used as a communal laundry with women congregating here to wash clothes. It is accessed by a stone staircase that leads to an area where water gushes through holes in the wall and there are stone surfaces for beating the laundry. Jeri and Molly gave it a try, but were not quite ready to give up their washer and dryer.

We then left Cefalu for our B&B, a recently renovated farmhouse and vineyards in the hills around Cefalu. Our host and hostess, Carlo and Heine, were a young couple with two small children. Marco, we found out, had studied at the University of Hartford in the early 90’s, so we had a nice connection with him. He had opened the B&B this year and it was still a work in progress. The glass shower doors were not ready when he was ready to open the inn, so, consequently, the showers had no doors or curtains. While I was showering, the flexible shower head accidentally turned and nailed Jeri in the opposite corner of the bathroom. It was hard keeping the floor dry. The shower doors are due this winter.